Description: Akhnethen was an ancient Egyptian pharaoh reigning from c. 1353–1336 or 1351–1334 BC, the tenth ruler of the Eighteenth Dynasty. As a pharaoh, Akhenaten is noted for abandoning Egypt’s traditional polytheism and introducing Atenism, or worship centered around Aten. The views of Egyptologists differ as to whether Atenism should be considered as a form of absolute monotheism, or whether it was monolatry, syncretism, or henotheism.This culture shift away from traditional religion was not widely accepted. After his death, Akhenaten’s monuments were dismantled and hidden, his statues were destroyed, and his name excluded from lists of rulers compiled by later pharaohs. I decided to depict him as a child, holding a cube covered in Ancient Egyptian symbols, such as the Feather Maat, The Eye of Horus, pyramids, the Egyptian throne etc.

“Shakespeare said that art is a mirror held up to nature. This is your nature, and all these wonderful poetic images of mythology are referring to something in you. When your mind is trapped by the image out there so that you never make the reference to yourself, you have misread the image.”
― Joseph Campbell, The Power of Myth. 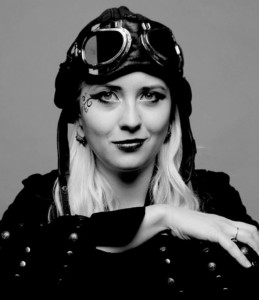 Looking back, everything started with J. Campbell, one of my favorite philosophers. He inspired me to create illustrations, connected to myths from different parts of the world. Most of my work is deeply rooted in classic European art, especially Bosch, Dürer and Piranesi. I’m passionate about the history of art, ballet, opera and draw inspiration from old graphics and costume designs. I am also influenced by XXth century artists, such as L. Carrington, M. Chagall, J. Wilkoń, and S. Delaunay.
Why do I create art? It would be cliché to say that it is the sole purpose of my life. But in fact, it is one of the most important aspects of my existence, apart for family and friends.
My works differ in size and media. I like to experiment a great deal with various techniques, such as collage, colorful inks and tissue paper. I love linear work, but I’m also passionate about color, and P. Klee, H. Matisse and O. Hajek are my experts in terms of color relations. My main objective in illustration is to achieve a perfect combination of masterful linear work and the simplicity of saturated colors. That is why I use collage in my works and saturated colored inks to add some freshness to the vintage drawings.
The first crucial art project I completed was my Visuals Arts MA project, Setting the Stage. It was a collection of 4 graphics, depicting theatre stages inspired by H. Bosch’s Garden of Earthly Delights, operas such as Don Giovanni, The Rake’s Progress and Faust. Another important art project I completed was The Bestiary-4 graphics depicting creatures described by Borges in his Book on Imaginary Beings and the Slavic Bestiary: 8 graphics depicting characters from well-known tales & forgotten folklore, popular in Central & Eastern Europe.
I created a group of three mannequins inspired by Ancient Egyptian history and by Philip Glass’s opera: Akhenaten (especially the Met Opera production from 2019). The male represents pharaoh Amenhotep III, the female mannequins is his wife, Queen Tiye. The child mannequin represents Akhenaten, the first ever pharaoh to introduce a monotheistic religion dedicated to the Sun God, Aten. I have used Egyptian symbols on each mannequin, such as the scarab, the Ankh cross, the Maat feather, the Eye of Horus and many more. I’ve used acrylic paints and acrylic markers to paint the mannequins. I also used fake crystals and used a protective layer of varnish on each figure. I started painting old mannequins in March 2020 during the pandemic, after being inspired by painted mannequins in a gallery in Central Australia.
I have received multiple awards and merits for my illustrations and have sold my art pieces to collectors worldwide, including Australia, New Zealand, Germany, Belgium, Italy, Spain, France, USA, China, and the United Kingdom.